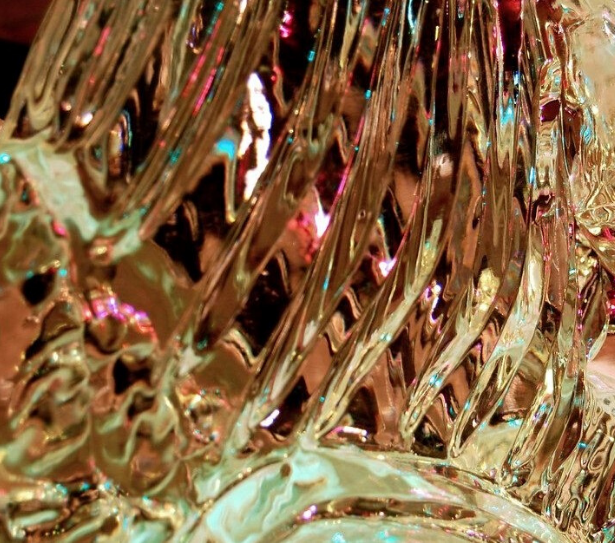 A couple uncovers the horrors of genetic engineering

“It’s a dwarf!” exclaimed the doctor.

She buries her face in her husband’s leathery arms, in skin which is worn and brown, like rolls of used cloth. When she sobs, she seemed to whiten at her edges — old and delicate, like an eggshell.

He explains with great effort, “Lin and I … it’s been thirty years since our marriage, and we have been trying, yet no children have come to us. Now we are old —”

Suddenly, Lin shrieks, “And I am old! And the only baby I have is this — this shriveled thing! Is it even a baby?”

The doctor says feverishly, “It’s only a dwarf. It will grow. It will eat. And it will laugh, like all children —”

Cheng interjects. “Doctor, will you fix it for us? We hear you have brought from town this new science. Editing the human genome itself!”

“It hasn’t been fully tested yet. It has never failed, but —”

Relenting, the doctor brings out a human-sized capsule with matrices of buttons with different symbols; some have eyes, noses, lungs and hearts. Others are more difficult to decipher. He opens the machine and locks the shrunken baby inside. His fingers fly over a keyboard of A, C, G and T, pulling levers, pushing buttons and turning wheels.

Finally, his hand hovers over a large, red button. Sweat flows down his forehead like tears.

The doctor closes his eyes. Then he whirls around and bellows, “No. I cannot do it! I have brought back children who were almost on their graves! I have fixed children with no heart! No legs! No head! But look at your child! It is healthy!”

Lin screams. Her face is all her mouth, contorted into an ‘o’ as she bounds toward the doctor with semi-simian coordination, lunging towards the control panel.

“No!” roars the doctor, stepping in front of the machine.

Lin jumps into him, and he crashes into the panel. The beeping of hundreds of buttons fills the air. Then, Lin’s body strikes the large red button head-on, and an explosion rips through the air, tears through the home, seemingly ripping the fabric of reality itself as Lin’s vision bursts into a kaleidoscope of colorful, prismatic fragments.

Then, smoke. A gray plane, everywhere. Blinded, Lin crawls along the floor of the home, like an infant, wailing. Her outstretched fingers find a

Then, she touches something soft.

It is tender, like healthy meat — so different from the withered baby she held so recently.  Lin is relieved. She can feel her heart exhale and dissolve, and her spirit floats in rejoice. She sighs and embraces her child, ecstatic, wrapping her arms around it.

Immediately, Lin knows something is wrong. The baby is too soft, like putty. It feels wet. And where is its head? Where are its arms? Is it missing its limbs? She buckles with a profound sickness that twists and arrests her inside.

Then there is a second flash and Lin sees the baby for what it is, in all its brilliant light! A shapeless mass — with indeterminate form — a massive glop of flesh and bone. It’s golden surface undulates, like billows of silk, dancing in its own radiance. Where its eyes should be are two cavernous depressions — yet it has very much of a mouth, which opens, closes, moans, warps, and stretches itself in grotesque fashions as if to announce to the world: I am very much alive!

She rocks the baby agitatedly, peering down at its wobbling gold surface. Its clammy, wet mouth wraps around her skin as it breastfeeds, causing nauseating shivers to run through her body.

Months ago, Lin and Cheng had decided to raise the child in seclusion. Yet at times, Lin felt overwhelming surges of disgust towards the shapeless mass, and suffered from intense, violent nightmares. One night, Lin woke up to see the golden mouth gaping unbelievably large above her head, and screeching, hurled it across the room. It hit the opposite wall and slid down, leaving behind a golden streak which Lin could never scour away.

They stare at the lump in tense anticipation. Lin clutches Cheng’s chest.

Suddenly, they see its skin dance like ants. It’s golden membrane lurches about, and it swells in bursts — like bubbles popping beneath its surface — and it bulges spasmodically until it has nearly doubled in size. Then, the baby begins to cry. It’s hungry again.

Lin collapses like a crushed eggshell. Then, with a wail, she flees the house, slamming the door with an echoing crash.

“Che-e-eng,” Lin hiccups. She staggers into the hall.

She hears a loud crash from the kitchen. Half-drunk, she hobbles inside.

The cabinets are gaping open, and shattered porcelain litters the kitchen floor, glittering eerily. Dented pots and pans are strewn over the counter in disarray. The milky light of the open refrigerator illuminates a hazy form.

There is a white burst of light as lightning tears through the seams of the night, and Lin can see the monstrous golden mass clearly, hunched over the contents of the refrigerator — except now the lump is enormous, towering well over Lin and the cabinets, and leaving yellow stains on the ceiling as it moves.

Lin recoils in terror. She is about to cry out when Cheng enters the room.

Lin presses herself into Cheng’s chest and it gives way, moving with her.

She lifts her hand from his body, revealing a hand-shaped depression which slowly rises. In astonishment, she pushes her finger into his chest again, creating another deep cavity.

Lin raises her eyes to meet his for the first time, and shudders at the sight she sees. The right side of Cheng’s face is deformed. Its edges have melted away, leaving behind a smooth parody of the features which used to exist. His body is similarly dissolved — all that remains is a gelatinous glob, a perverse caricature of Cheng’s former figure.

And the thing which used to be Lin’s husband appears to shine with a glossy luster. It shimmers like a precious gem, like — Lin realizes in horror — the golden baby.

Lin falls to the floor. Her thoughts swim around hysterically. First the baby, now Cheng. First

Black. Lin passes into darkness as she flickers and fades away.

The house is silent. Lin is gone. Cheng is gone. Only the golden glob remains, more massive than before.

The hands on the kitchen clock spin ceaselessly. The windows rapidly swing between bright and dark. Potted plants wither, and the home decays.

The golden mass stops eating and growing, yet its surface continues to undulate endlessly, as if always declaring its vitality. It presses itself against the kitchen window, where its two eye-like depressions gaze forever outside at the changing seasons. Some days, golden droplets ooze out of its eyes and pool on porcelain-covered floor in rivulets.

Around the time when the first snow begins to fall, the blob begins to shrink. It ebbs until it can no longer peer over the windowsill.

As it contracts, its golden hue begins to pale. The once moist and cold membrane dries up. And its surface ripples less and less frequently, until it becomes completely still. It becomes less formless as it shrinks, too. Edges emerge, shapes are defined, and a blurry silhouette emerges.

The doctor knocks on the door. He is visiting a very important customer, whose child is nothing short of remarkable, the byproduct of modern technology.

The door opens by itself, creaking like a wail, and revealing a dim interior.

He stumbles inside tentatively. As he shuffles forward, his foot strikes a porcelain

Then, he touches something soft. It is a baby!

It is sleeping soundly on the kitchen floor. Its skin is rosy and clean, and the doctor observes its cherry cheeks blush as if from some happy dream. The baby opens its eyes slowly, and upon seeing the doctor, begins to cry.

Header Image: “Ice and Light” by JW Ogden is licensed under CC BY-NC 2.0

View all posts by mvresnovae