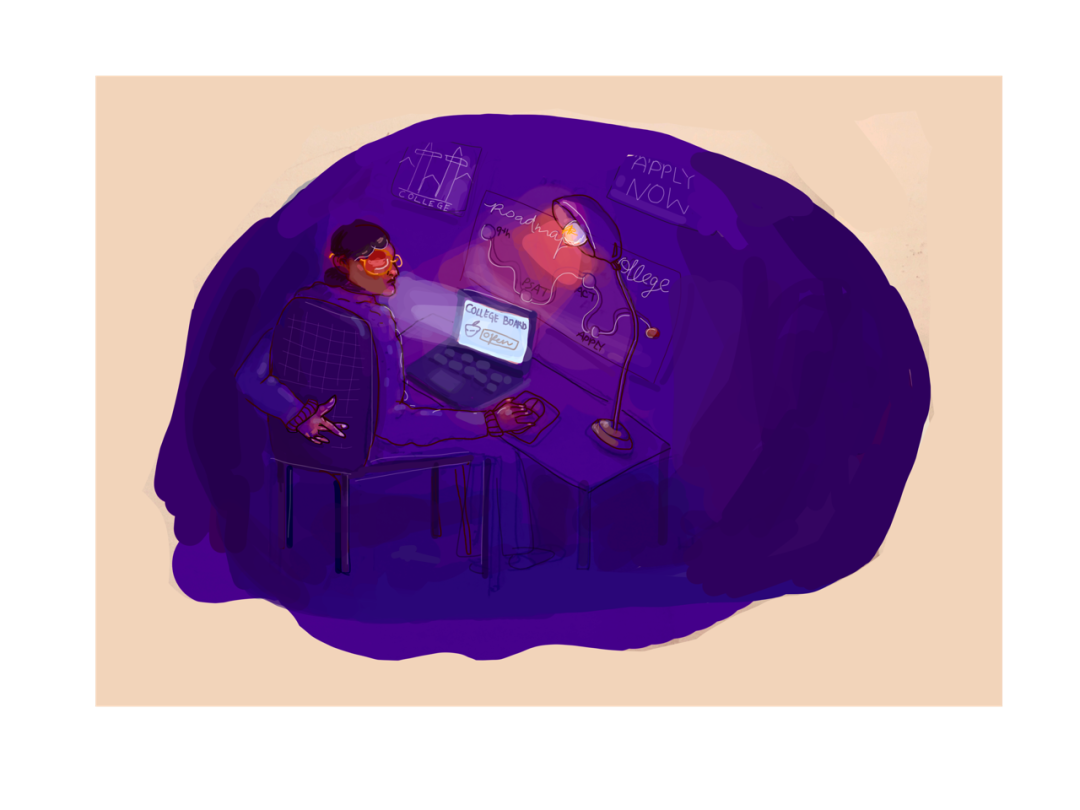 The Untold Truths of the College Admissions System

College: an environment where individuals get the opportunity to expand on their wanted passions and desires as they spend the next four or more years of their lives building relationships and connections amongst their peers. Not only does it allow students to branch into their own wanted and desired passions, but drives them into an atmosphere where they learn more about themselves and advocate for personal and self-growth. Journalist Mark A. Heckler from the Chicago Tribune articulates the importance of attending college and its positive impact on an individual’s life and future.

“According to a report on the value of college majors conducted by the Center on Education and the Workforce at Georgetown University, people who earn bachelor’s degrees and work full-time can expect to earn 84% more than their peers with just a high school diploma over their lifetime,” Heckler said.

Although college is validated to be one of the most important stages of a lifetime, recent headline stories regarding college admissions scandals at USC, Harvard and other elite universities, justifies the biased and unjust system that is presented to the country and its students. Fox News journalists Katherine Lam and Elizabeth Zwirz express the flaws behind the college admissions system and the numerous bribes that occured, causing students at Rutgers and Tulane University to file complaints.

“Students, including myself, filed complaints at many universities because we didn’t receive what we paid for — to participate in an application process free of fraud,” student Zimmerman Reed said. “The students who filled this complaint alleged that what they got instead of applicants being considered by merits, character and performance, was an admissions process tainted by bribes.”

In response to the college admissions scandals, admission officers at Amherst College revealed their process in accepting students into their university. Much like universities such as Yale, Amherst College splits its application pool into eight groups, each consisting of two admissions officers collectively reading around 8,000 applications. A total of 1,000 applicants get sent for the entire committee to read where they all decide if the applicant should get accepted, waitlisted or denied.

“I wouldn’t call the system flawed, but it’s making minute distinctions among extraordinarily talented kinds,” Parker said. “There are times honestly where I’m not sure why I put my hand up or failed to put my hand up [for an applicant].”

The Impact of the College Admissions to students at MVHS

Reflecting on her personal college application process during her senior year, MVHS alumni Varuna Ravi, a current freshman at the University of Washington-Seattle, vocalizes her opinion regarding the college admissions process.

“The college admissions process is one that makes you reflect upon yourself and quantifies yourself into a set of numbers, your GPA and SAT scores,” Ravi said. “It definitely negatively impacts your vision and the image of yourself because you realize that you are so much more than the 200 word essay limit. It makes it difficult to understand that the college admissions officers are going to acknowledge you as a person.”

On the other side of the spectrum, senior Kirtana Ummatala, is currently applying to numerous colleges and universities. Advocating the stereotypical reference she receives from individuals around her, Ummatala explains how living and growing up in a society where someone is looked up upon based on the name of their university has emotionally and psychologically impacted her.

“I can’t go to a social gathering without being asked about college applications and where I’m going to college,” Ummatala said. “I also feel coming from an area where most adults in my life are from highly ranked schools, there is a lot of judgement if you don’t end up in a school with a ‘good name.’ I dislike this, because I feel there’s already so much stress internally, that external figures only add up [to the pressure].”

University of Oxford freshman Anvee Bhutani explains the actions that she would take in order to make the college admissions process a more fair and just system for students applying to colleges in the U.S.

“To make it more easy and accessible, every college could use and stick to one application [Common Application] and if every college didn’t have their own supplementals, it would make it a lot easier on the students,” Bhutani said. “In terms of making it fairer, rather than looking at one’s race, the amount of money that the [individual’s] family gets makes all the difference if you are able to buy those extra test-prep books, attend numerous college-prep classes or prestigious private schools.”

Now the question still remains on whether the College Admissions System in the US will change in the next 10 or 20 years, but it is certain that more and more students, including MVHS students and alumni, are voicing their opinions on the psychological impacts the college admissions process has had on their overall well being.

View all posts by shreyamantri123